I stared deeply into the flames. They flashed like white lightning. I shut my eyes, made my wish and blew out the possibly last candles that I ever would. For all I know I could be swimming in a tsunami or twirling in a hurricane tomorrow. My only wish was to be safe. I sighed as a wave of nausea surged over me. Outside, the town was deserted, everyone was hiding away, awaiting for the storm to move on. I should be happy to have my birthday celebrated but I might not live as a twelve year old for long.

I walked through the hazy atmosphere into the gloomy night. I was cold and alone, at least that’s what I thought. A flickering light caught my eye, ten yards away. I couldn’t contain my curiosity. Something about it just drew my attention like a mosquito to blood. I came to a halt outside a house. I called out but no reply came. I stepped inside but as the door slammed, I knew I was no longer alone. Suddenly an icy hand gripped me and I was pulled into the darkness. “HA! You got pranked!” Came a way too familiar voice.

On Friday the thirteenth, I had left for a walk in the forest until my worst nightmare approached. I started to get followed by a shadow. I ran, as fast as my legs would go until I fell into quicksand, face first. Then, stone cold hands pulled me out. It was my pursuer. The mask was revealed and I was shocked to see it was my own evil stepmother. She had an evil glare on her face. She opened her mouth to speak, but before she could say a word, I shoved her into the quicksand and sprinted far away.

It was a bright, frosty morning. The pavement glistened like a carpet of crushed diamonds in the early morning sunshine. I watched the glimmery splashes of water bounce around from the falling cherry blossoms. Then came a big splash alongside the purple wharf. My stomach twisted as I saw big feet, sharp teeth, and scaly skin. It was a crocodile. Its beady eyes reminded me of an evil professor from a childhood movie. It was difficult to move. I was too starstruck by its terrifying teeth. The suns reflection shone on the crocodile’s swaying body as it came towards me.

My hair stood on end, a shiver raced down my spine and a lump came to my throat. It was complete chaos out there. Lights flickered on and off, then the sirens started. Families were being rushed out of homes and transported to safe places, but I stood, hidden under the crumpled and destroyed buildings. I had never experienced something more terrifying. Earthquakes were now my biggest fear. I felt empty, not knowing where my family or anyone was. I was not going anywhere with our city rumbling and lurking with death everywhere. I shuddered not knowing what to do.

The air turned black all around me. Feverish fingers gripped my arm in the darkness. I vociferated at the tightness. “Why so scared?” A dark, gloomy voice echoed. I winced as something sharp scorched my cheek. “So, what lies ahead of your death? Shall I feed you to a pack of hungry wolves; or perhaps I’ll throw you down the volcano.” He laughed. A shrilling cry sounded from the dark, followed by a huge explosion of light below. Lava. The face of the man was revealed, but not for long as I pushed him down before he could turn around. 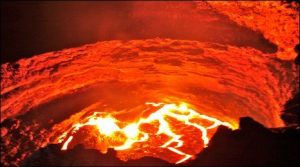 It was lonely. Mysterious. So… old. It’s rotten beams were crumbling down like burnt biscuits. I slammed the door shut and trudged towards the backyard. The real estate agent promised a big backyard, perfect for soccer. “Go explore while we start to unpack!” Yelled mum. I sprinted round the old, run down house. I came to a halt for what lay in front of my eyes. A whole forest. It seemed almost as if it was enchanted. I barged through the bushes, exploring. I froze as I saw huge footprints. Suddenly I was picked up and lifted through the air…

The streets were completely deserted. Rain trilled down, tiny droplets glowing in the flickering reflection of the closed shop signs. I was thoroughly drenched from head to toe. What had happened? I had no memory of the past few days. I just had to get home and beat around the bush, but I didn’t know were home was. I pulled up to a map in search for a motel but then suddenly, it went dark. Just what I needed. The only source of light was the grand moon. I stared at it, awing. I stared at it, until I fainted. 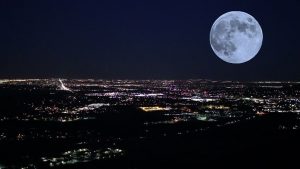 One more movement and that would be that. The cracks were expanding. As they came rushing towards us we shrieked with sudden fear. My blood ran cold. “No. Sudden. Movements.” Gracie Stumbled. “Take hands, jump on three, okay?” I nodded and slowly jerked towards her with extreme caution like a cat on hot bricks. I gripped her hands tight. “One.Two,” She started. I gulped, realizing that I could die in a matter of seconds. “THREE!” We jumped, the pressure was too much. The ground all around us split and we fell down into the sinkhole, never to be seen again. 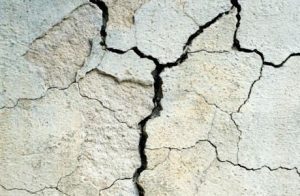 A shrilling cry all of a sudden screeched from the audience as seal refused. It’s eyes widened at the sight of the flaming fire, burning around the big hoop. I can’t believe that I’d payed $50 for this! It was meant to be the greatest animal circus ever. A man suddenly walked out to the seal and pushed it from behind. It rolled over and started laughing; the crowd did too. All I could hear was the crowd awing at the seal. I gazed at how stupid this was. I was meant to be seeing cool tricks, not a laughing seal. 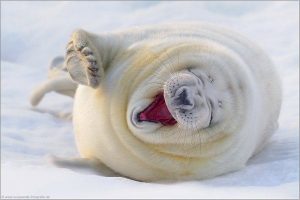 
adopt your own virtual pet!
Skip to toolbar